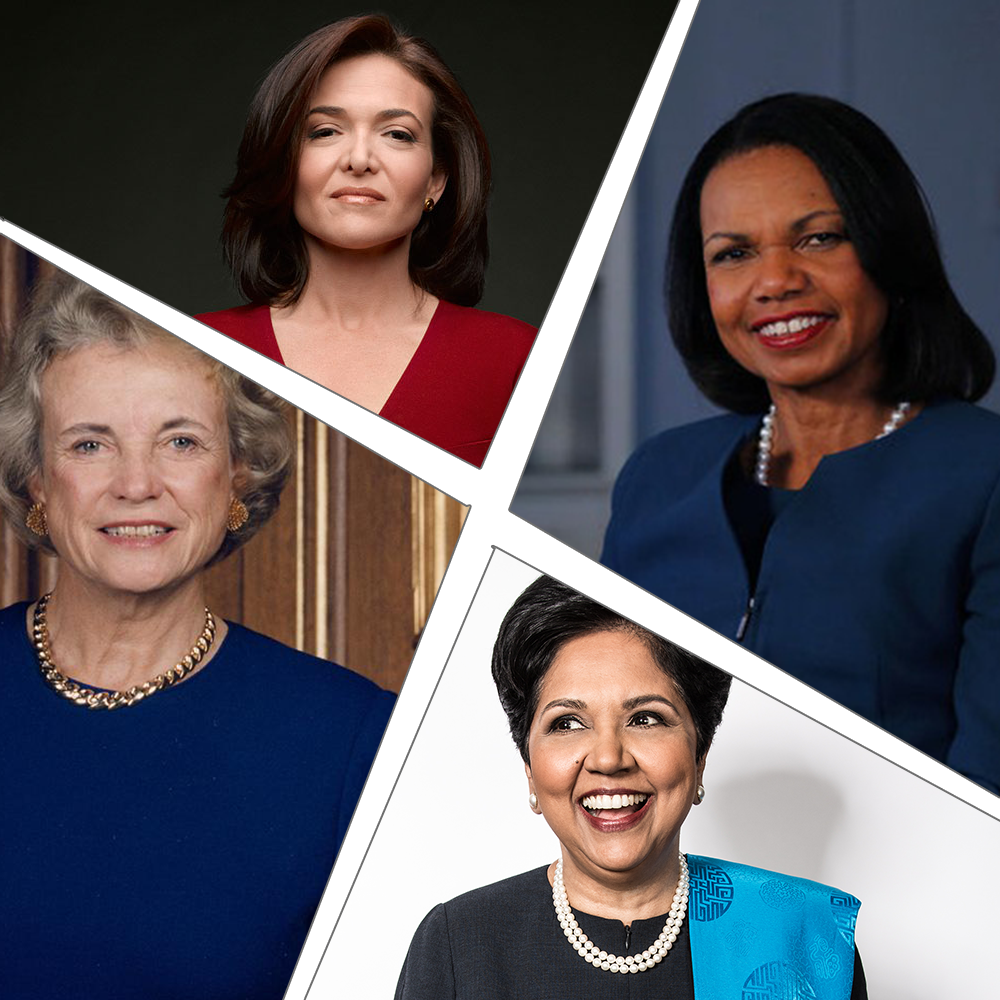 Right from the time of the inception, our world has been ruled not only by men but also by women. Women have been at par with men in bringing our nation to this position. Even in the days of independence, we all have noted that powerful women have shown their aura. Researchers have observed that 11 % of women are associated with global energy companies worldwide. Of them, 6 % are connected as CEOs of energy firms, 10% CFOs, 13% CMOs and 35% CIOs.

The legendary personality Vivekananda believed that if you have to uplift your nation and make your country a better place to live in, you have to educate women. Likewise, we have 25 super-powerful women who stood tall and made their respective countries proud of them. Let’s take a look at the 25 super-women and what they have said:

It is said that power is useless until and unless you can change it into influence. Rice has been in the position where she had to be both heavy-handed as well as be persuasive to people.

In order to showcase your power, first, you need to be visible to others. Connor says that when women take in power, all their barriers fall off.

Ruth has said that people ask her when she would be satisfied with the number of women in the court. She always replies that when there are nine women on the court. Well, that should be the power of women!

Nooyi believes that just because you are a CEO in your office, it does not mean you have achieved everything in the world. You need to keep on constantly going yourself in the learning process.

Albright has often been the one and only woman in the room. She says that when you are there in a meeting but not opening your mouth, it means you are not prepared for the purpose.

This British political leader thinks that although women rose a bit slow, once they have risen, it is difficult for others to curb them down.

Warren speaks to Mother Jones and says that women have already have come up. Let them move on. It is useless to keep them restricted within chains. They have their chances to achieve big. And, if needed, women will have to fight for it.

Nancy shares an experience with our readers, when she decided to be a part of the leadership, many people mockingly put up a question as to if she could at all be a leader. But there she is today!

Sheryl says that many women do not even think of reaching to the top of teh organization. She does not mean that women should always be focused to reach to the top. But, she believes that if more women come into the organization, it will be easy to develop the power structure as well as expand the opportunities for all.

Gloria has proclaimed that unless and until the people of the world know to sort out the masculinity of wealth, the feminization of power will never be solved.

Mary speaks up and says that whenever you have stepped in to your professional career, you need to know to stand up for yourself. Make sure that you stand up for yourself in a strong but respectful manner. If anyone in your office feels that you are bossy because you did not allow them to suppress you, let it be. Do not bother much about it.

According to Gates, women empowerment means imparting a voice and agency to her. When a woman can say what she wants, or produce her opinion in front of all or take up decisions on behalf of her family that is when a change can be brought in the whole society.

According to Obama, her high-class education gave her everything and made her what she is today. However, she had to undergo a lot of hard work and provide financial aid to pursue education. It is the education that opened doors.

When women talk less or are a little timid, that does not mean she is weak. Just like Sonia, being a bit quieter or timid is nothing wrong. It is better to wait for the moment when you need to open up your mouth. Rest of the time, when you can do without it, why waste your energy!

Yuri believes in the opinion “Consciousness is power. And, consciousness is knowledge and education.” Instead of using power abusively, it is better to use power for developing trust and good relations domestically and internationally.

This young activist says something that will leave you in deep thoughts. “Some people only ask others to do something. I believe that why should I wait for someone else? Why don’t I take a step and move forward! When the whole world is silent, even one voice becomes powerful.”

Sometimes, women have to face the risk of not being noticed and heard. So, Lynch calls out every young woman and says them to be heard and seen. She wants women to express themselves, and their voice too should be heard at the same time.

Being the novelist, Morrison tells it to all of her students that when they get employed in one or the other job, they should not feel that they are at cloud nine. The ideal job of the students is to be free from any kind of pressure. When that power has been achieved, one should try their hand at empowering somebody else.

Angela does not believe that we all are born with the ambition of becoming something. We are all born the same. What makes a huge difference is when you put our ideas into action. When you start giving shape to your thoughts, automatically the biggest opportunities come your way.

Angela has said, “I have learned to listen and to hone my instincts, to be perceptive and to be receptive. To change. To constantly live in ambiguity. How else can elders today look around the corner and warn other’s of what is coming? Only when you follow your instincts and continually renew your mind can your possibilities become realities.”

Tsai thinks that society is enough matured to emphasis on the value and the quality of a politician. Instead of putting the gender to the forefront, the society today is ready to look beyond that. Although it looks fancy to have a woman leader, yet people selected Tsai may be because they feel that her ideas and values will be able to suit the demands of Taiwan at present.

Previously Stacy joined several companies who took up her values. And, today, Stacy is under a company that portrays her values as the ideology of the company. With time, Stacy has learned to link up individuals and try to create something new that will go back to the society or help the society at large.

Most people tell Waters that there are lots and lots of people all around who believe that there is no power within them, that they do not have the capability of influencing and their sayings never have the power to make a difference. But Maxine replies to them saying that she would love to stay and support the people who can think.

Denise encourages everyone, irrespective of the sex to be cautious about their career plans. Regarding women, she said that women have to be more responsible for taking up jobs that run on the front line. Make sure that everyone has that ultimate career goal to apply his or her adequate skills to reach a good position.

Buck motivates all the women across the globe to make an impact on all the work she does. She further adds that every assignment women get should be looked at specifically. Women should try to take each project to the next level. In short, she should give her utmost to bring the best out of her.

Well, after looking at these 25 phenomenal women, you are sure to get charged up and start a new day. So, ladies it is high time that you start thinking about yourself and contributing to society. Bring the best out of you. Make yourself count each day!