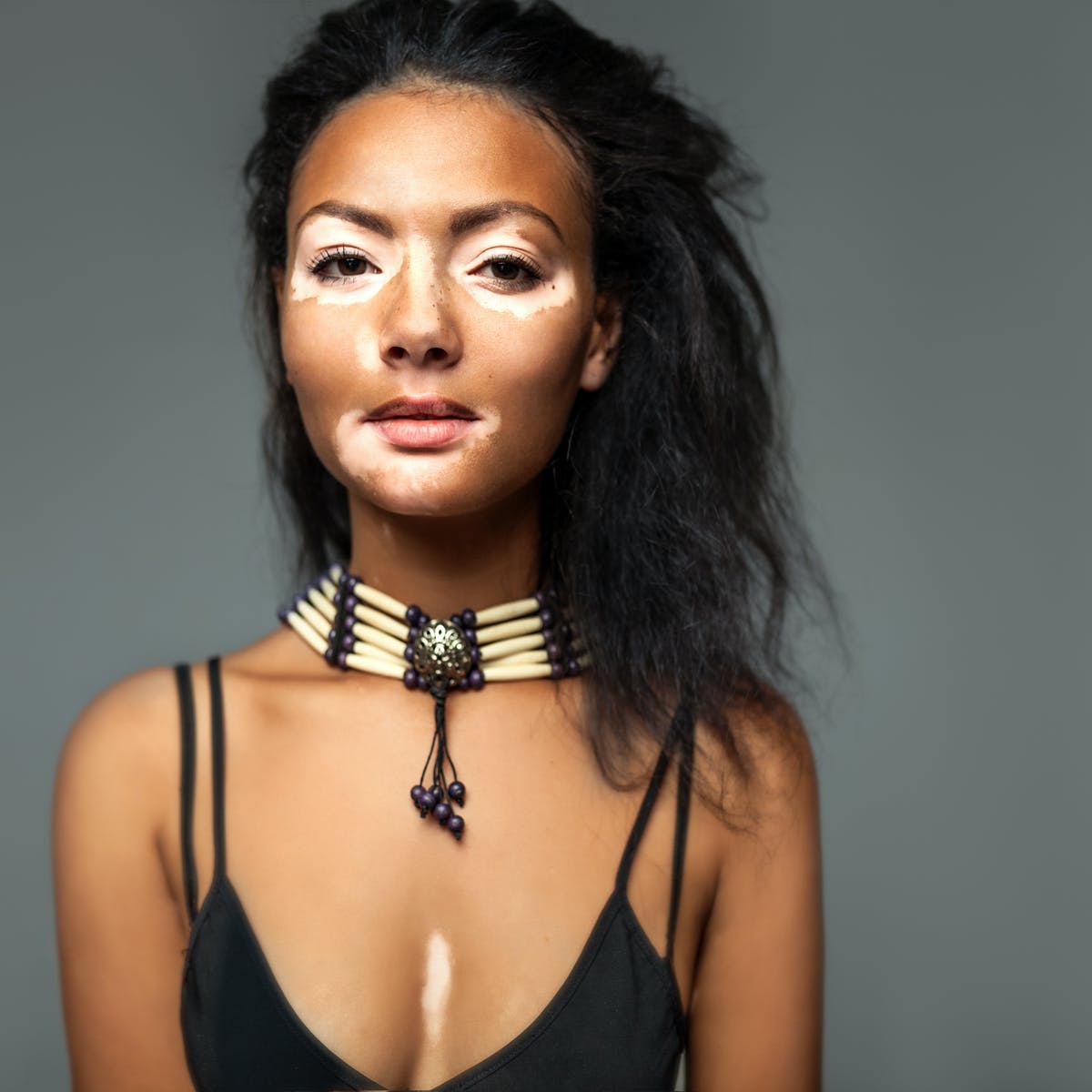 Everything You Need To Know About White Patches On The Face

The skin is the largest organ of our body. Speaking of skin problems, there may be some that arise due to unhealthy lifestyle choices while others may occur naturally due to many reasons. One of those natural conditions is the appearance of white spots on the skin.

White spots on the skin are a cause for concern, but with proper care and medication, they can be treated. Most of the time, there are also white spots on the face and many fail to identify the condition and take care of it accordingly. The condition, clinically called “vitiligo,” refers to the appearance of small to large white patches on the face and other areas of the body.

Before jumping to any conclusions, it is important to understand the condition and have your skin examined by a dermatologist to confirm what is going on.

“Vitiligo is an autoimmune skin condition caused by the body’s defense mechanism mistakenly destroying melanocytes”. An error in the immune system causes it to attack melanocytes, the pigment-producing cells responsible for producing melanin, which gives skin its color.

Therefore, since the melanocytes are significantly reduced in the body and the melanin is insufficient, the skin does not acquire a uniform color on the entire face and body. This results in uneven white patches. “Those with this condition get milky white areas on their skin that lack pigment. It’s worth noting that even the hair above these spots can turn white due to a lack of pigment cells in the hair follicles, a condition known as leukonychia.”

New spots may appear on the affected individual overpressure sites or injuries caused by sharp-toothed combs, narrow shoes, squatting on the ground, kneeling, and using narrow wrists. It can also occur during periods of emotional stress,”

While most of the time the condition is caused by a failure of the immune system, other factors can also contribute. Some of the common causes are aging, sun exposure, and UV rays. These factors can also lead to the depletion of melanocytes, resulting in white patches on the face and body.

Are all white spots on the skin basically vitiligo?

Based on medical history and relevant examinations and tests, a dermatologist can distinguish vitiligo from other conditions, such as idiopathic atopic dermatitis, nevus dipygeum (usually seen at birth or in early childhood), and pityriasis alba (which usually occurs in children with dermatitis). atopic), lichen sclerosis and nevus anemic (the spot appears at birth or in early childhood due to vasoconstriction)”.
This is how you can differentiate and differentiate

“Vitiligo is usually diagnosed clinically, which means a dermatologist can usually diagnose the disorder just by looking at it. However, there are some tools that can help a dermatologist in the clinic, such as the Woods Lamp, a small, hand-held lamp.” sustained device that generates UVA light, causing white spots to give off a bluish-white glow in the dark.

The dermatoscope, a hand-held device, shows the “glow” of white areas that indicate the spot is vitiligo. A skin biopsy may be required in rare cases, especially early-stage lesions or those that are difficult to distinguish from other disorders (occurrence of vitiligo)

If you think that vitiligo is a condition that you have to live with forever, you are wrong. Although you must learn to accept your skin as it is, there are always medical and clinical solutions for everything, including white spots on the face. Speaking of vitiligo, you can take oral medications, steroids, and topical products after talking with your doctor. “Vitiligo can be treated in various ways, depending on the type, location, and extent of the spots.

To induce repigmentation of the spots, a combination of topical corticosteroid creams, nonsteroidal immune modifying creams, and phototherapy may be administered according to a schedule prescribed by a dermatologist. In the case of stable vitiligo, surgical methods such as punch grafting and ampoules can be performed at the doctor’s discretion”, explains. In addition, you can also benefit from phototherapy and phototherapy, obviously afterward and under supervision. from a dermatologist.

When it comes to non-vitiligo white patches, “This will depend on the cause of the white patches, as many diseases and disorders can mimic vitiligo. A dermatologist will perform a full clinical exam and a medical examination and the treatment plan will be determined by the etiology.”