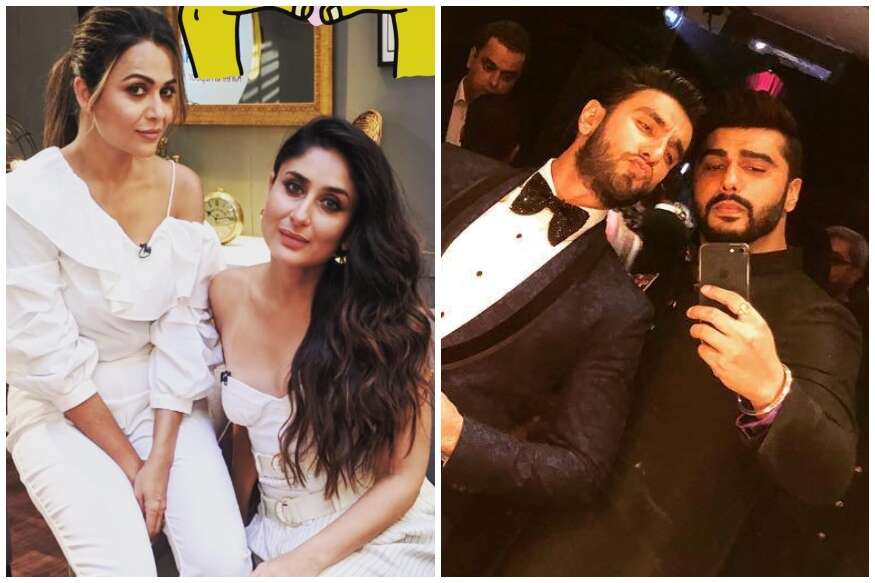 Friendships in Bollywood that Passed All Tests of Time

Today is Friendship day and you might have also planned something for your best friend. Every person needs a best friend in life with whom they can share everything about their life. You live your best and worst days of life your best friend. For some people, their friendship can last even distance and time. Even if you move to another city you can still be friends. This is also the case with your Bollywood friendships.

Despite a lot of rumours and news about celebrities, there are some who remain best friends even after a long time. There are some celebrities whom you do not see together for years but when they meet they still are the best friends. If you want to learn about some best friends from Bollywood then you can go through the list mentioned below. Read more: Fashion Label

Shah Rukh Khan also is known as the King of Bollywood has always maintained a friendly relationship with all of this co-stars, directors, and producers. But one close friend whom everybody knows that King Khan is quite close is Karan Johar. In an interview, Karan Johar said that he is quite fond of Shahrukh’s kids. He even said that he would love to launch them into the Bollywood. Even after some rumours of a rift between them they still managed to hold their friendship close.

The people who said two actresses cannot be friends were proven quite wrong and in this case, Sonam and Jacqueline proved them wrong. You cannot find such good friendship among any other female celebrities in Bollywood. Both Sonam and Jacqueline often show their love for each other in various interviews. They met at movie premiers and after that their bond becomes stronger. In one interview they even said that they call each other 3 in the morning to discuss anything.

Well, Salman Khan is known to have a good relationship with almost everyone in the industry and so is Ajay Devgn. Both the stars have been a good friend for a long time and often love doing cameos in each other’s movies. You can see Ajay  Devgn in Salman’s ‘Ready’ and Salman in Ajay’s movie ‘Son of Sardar’. They have also worked together in multiple films.

One thing you need to learn from Salman Khan is how to maintain your friendship despite any issues with work. Before the start of season 5 of Big Boss, there were rumors about the rift between Sanjay and Salman but they still treasure their friendship before anything else. Sanjay is so fond of Salman Khan that he even hire his manager to become more successful.

You might already know about the friendship of these two actors as they become quite good friends after the shooting of ‘Gunday’ movie. You can even seem them trolling each other on their social media profile. During the award shows they are often seen trolling each other about their love interests. If you want to take inspiration for friendships in Bollywood then you need to learn from them.

This list consists of various friends who are actors but one person who is quite a close friend with his choreographer is Shahid Kapoor. In all his superhit songs you will find that Shahid has his favorite choreographer with him. Since the launch of his first song, they are quite good friends. You might not know this but Shahid Kapoor was the first person to hold he newborn of Ahmed even before his family.

There were lots of rumors regarding Kareena Kapoor and her fight with other actors from the industry. Well, despite all such rumors Kareena does not let her friendship with Amrita ruined. They have been quite good friends for a long time and are the best examples of best friends forever. Kareena often said that she cannot compare her friendship with Amrita over any other relationship with Bollywood. Both of them said that they love to gossip about various things from Bollywood.

If you also have the misconception that there are no true friends in Bollywood then these actors might change your opinion. A genuine Bollywood friendships know no bound. There are many celebrities in Bollywood who might even have link-up rumours just because of how good the relationship they have with their partners. Read more: Bollywood Besties