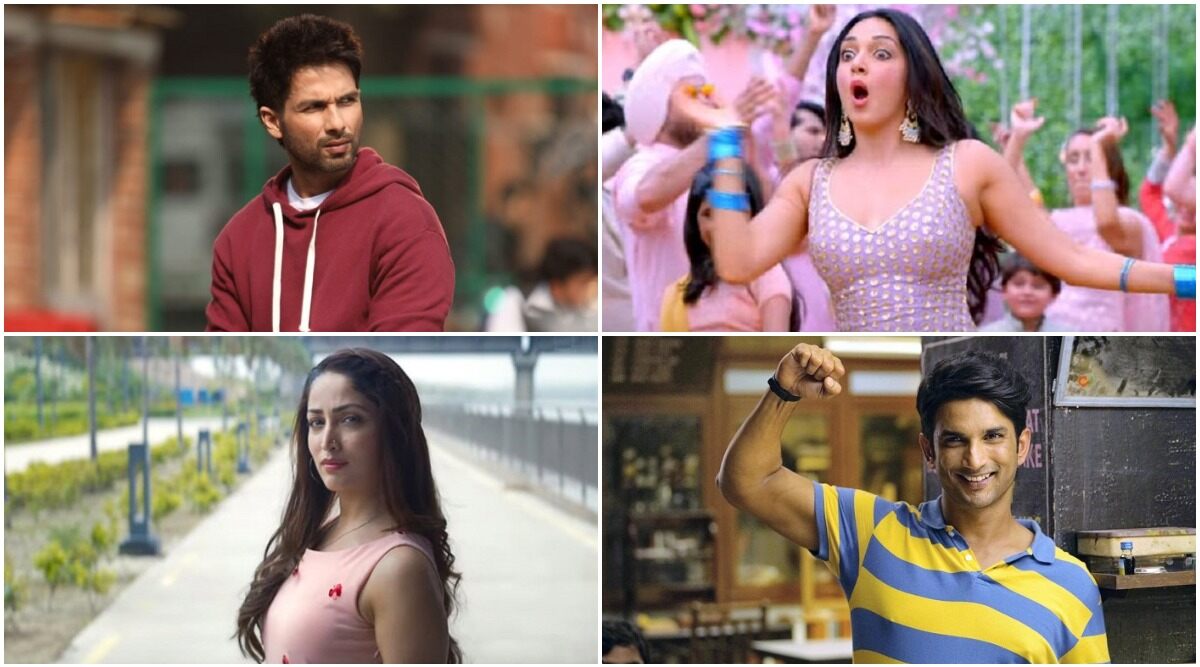 From Shahid Kapoor to Yami Gautam, 6 Actors Who Turned Their Box Office Fortunes for Good in 2019

The surgical strike movie was launched in 2019. It is a Hindi language military action film. This film features Vicky Kaushal, Paresh Rawal, Yami Gautam and Mohit Raina in lead roles. This film is based on the surgical strike conducted in 2016 by the Indian army. It is directed by Aditya Dhar. It also released in the Tamil language. We sleep only because our Soldiers wake. They are very brave and protect us. Surgical strike is well planned military affair of crossing the borders and destroys the camps, and arms and kills terrorists. But do not harm innocent people and public property. The Army plays this surgical strike with proper instructions of Defence ministery.

This movie plays by ayushmann Khurana, a man who is balding before age. It involves two heroines also named Yami Gautam and Bhumi Pednekar. Yami Gautam was a tik to star in this movie and Bhumi was a lawyer. It is a Hindi language social problem comedy film directed by the Amar Kaushik and produced by the Dinesh vijan. This movie spreads the social message to that entire why we will change ourselves. Every person is beautiful in their own looks. Bhumi pednekar’s skin color was black in the movie. Everyone makes fun of her but she accepts and did not disappoint.

It is a Hindi language comedy film produced by Karan Johar, Apoorva Mehta, Hiroo Yash Johar, Aruna Bhatia, and Akshay Kumar. Lead roles played by Kareena Kapoor, Kiara Advani, and Akshay and diljit disanjh. It is directed by raj Mehta. This film is about a married couple who are just trying to have a baby through the process of in vitro fertilization (IVF). Akshay and Kareena were last seen together in kambaqt Ishq, both see together after a long decade.

His real name is Hrithik Roshan nagrath. He is now 46 years old and his nicknames are duggu and Greek god. He is a very brilliant dancer. He is an Indian famous actor who always seen in Bollywood movies and won two Filmfare awards. Krish movie was a turning point in his life because it was much liked by the public.

Kabir Singh is a Hindi language romantic drama film. It is written and directed by Sandeep Vanga. But it is a remake movie of Telugu film Arjun Reddy (2017). Film stars are Shahid Kapoor and Kiara Advani. Its budget is 60 crore but it earns 379.02 crores, so it is a blockbuster movie. Kabir Singh box office collection on its opening day collected 20.21 crore. He is an aggressive and loving boyfriend but converts into a self-destructive mode when his girlfriend marries another man. Because his love is pure and unconditional. Bu the movie has a very happy ending because they meet at last. Shahid plays a role very wonderfully as Kabir Singh his acting is very real and effective. He is a very attractive celebrity and maintains his popularity. His wife is Mira Rajput. He achieves the Filmfare award for the best actor, the best male debut. He is a very famous personality.

He is a background dancer. He is a television personality, an entrepreneur and plays a role in serials like “pavitar Rishta. It is a very famous serial. He studies in engineering college but he wants to be an astronaut. Later he drops the engineering and goes to Stanford University to become an actor. His struggle is very real and now he has been there and done that.

Vicky Kaushal is an Indian actor who works in Hindi movies. In a very short period, he becomes a famous personality in Bollywood. He completed an engineering degree from the Rajiv Gandhi Institute of Technology, Mumbai, India. During his college days, he found that 8 hours of working time is not suitable for him and starts following his father’s footsteps. He did not do any engineering job and started visiting on sets with his father. They were not very rich that’s why he struggles very hard. He works in the movie The surgical strike is one of the highest films of the year.

YAMI GAUTAM was born in a Hindu family in Ballarpur, Himachal Pradesh. She completed her study from Punjab University. Shee is very beautiful and attractive. She plays roles in many movies like Vicky donor, the surgical strike and Bala. She also did movies in Telugu, Kannada, Punjabi, Malayalam, and Tamil.