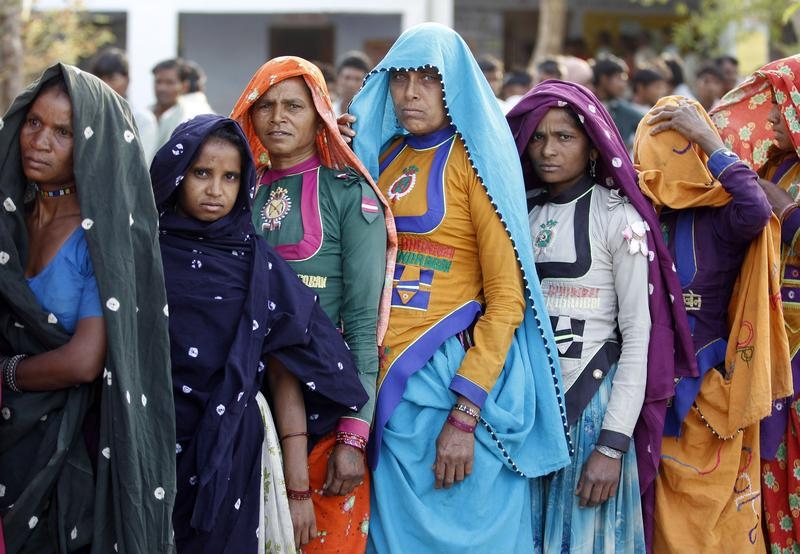 How women are silent majority voters in 2019 Indian Elections?

How women are silent majority voters in 2019 Indian Elections?

Women and men both are the pillars of the society but there are various fields when women lack behind the men but the participation of Women in elections 2019 has been increased. Although the number of women in political bodies is really low, they have started participating in voting in huge numbers. It is the right of every citizen to cast his/her vote and women of the country are coming ahead to vote for their favorite candidate.

It is believed that it might be possible that there can be more female voters are compared to the men. The gap was reduced to only 1.79% in last elections and that’s why one can say that the women voters will stay on the majority in the elections 2019. If we talk about the previous times, then the women didn’t have much freedom to get out of their home to cast vote but now they are participating in every society’s work. There are polling booths made which are made especially for women and the whole staff is of the women. Due to this, there has been a confidence in the heart of women in this country. The voting has become safer due to this introduction of female booths. In India’s election 2019, there are a lot of chances that women voters would stay on the majority in every case.

Talking about the 2014 elections, then there were eight states in which the number of Women’s Voters were even higher than men. There were around fifteen states in which women are basically more active in taking part in elections as compared to men. In the year 2014, the number of voters was 814 million but 397 voters were only women. So, if this year is compared with the past few years, it is true that women have developed themselves in various fields and there are obvious chances that women voters will increase in these elections.

Can women play the biggest role in elections?

The cast votes are also spreading in the country and that’s why one can say that influence might be lesser or limited. There are some of the pan-India voting banks which are not seen much important by the political parties. One can say that middle-class families from urban areas played a great role in the victory of BJP in the year 2014. In these look Sabah elections; it is believed that farmers are looking towards the agenda of other parties also. So, it is not confirmed that which party would win as there is no party which has tried to do a lot for women. There are no certain schemes and initiatives which are taken for the benefit of women. This can prevent the ladies to go to election booths to cast their vote.

There are some political parties which had made some announcements for women some days before but it is not known if it would help to attract women voters or not.  In the year 2019 elections, the Odisha CM announced that 1/3rd of the candidate in his party will be women only and then Mamta Banerjee released a list in which around 41% women candidates. It might be possible that parties are just trying to woo ladies to cast vote for them but the women would believe the one who will provide them guaranteed benefits. Rahul Gandhi who is the Congress president also made an announcement that he would definitely work on 33% of reservation bill for women and if he comes in power, he would pass it in every condition. 33% of jobs in the government sector will be reserved for women only. So, talking about election 2019, one can say that nothing is so confirmed.

Lack of Women’s voice even with higher voting numbers

It is true that women of India are participating in elections but they have failed to raise their voice in these matters. The number of women in the parliament is really low and it is even lower than the world average. Due to regional breakdowns, it is found out that the women are representing higher numbers in America and other Nordic countries. India is lagging behind developing, under-developed and developed countries in this case. So, women of India need to come out for their rights in parliament participation but one can definitely say that women of India’s election 2019 will play one of the greatest roles in choosing parties in different parts of the country.