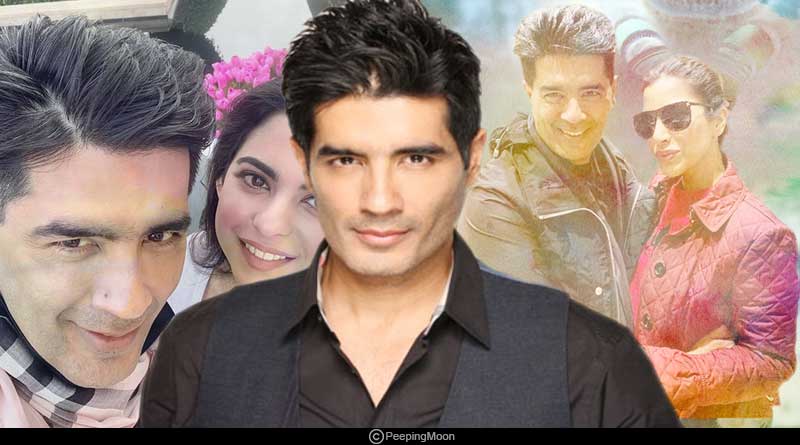 Manish Malhotra is one of the most sensational Indian fashions designers in India who is renowned for his beautiful collections. He is the one name that comes to people’s minds when it comes to the world of style, elegance, trend, and fashion.

The renowned Indian fashion designer was born on 5th December 1966. He had completed his graduation from the Elphinstone College in Mumbai. He had also tried modeling during his college days but ended up failing at it. This led him to clothes, costumes, and art and he became interested in fashion designing.

In the year of 2005, he successfully launched his own label under the name ‘Manish Malhotra.’ Under his label, he offers bridal, couture, diffusion as well as men’s wear collections at his two retail stores, one in Mumbai and another in New Delhi.

The ‘Manish Malhotra’ label distributes at many multi-brand boutiques all across India as well as in Dubai. In the year 2014, his label reached a turnover of over INR 1 Billion that is equivalent to USD $15 Million.

The ‘Manish Malhotra’ label is identified all over India as well as abroad in only 13 years of its launch for redefining the Indi textiles, for helping in empowering the regional craftsmen, styling the international celebrities as well as harmonizing the traditional silhouettes seamlessly along with contemporary luxury.

He has been admired by many all over the world especially when he got asked to design the clothes for the famous singer Michael Jackson for his appearance for the Bollywood Awards night that took place in New York. The outfit that he designed for Jackson was a hit and he was asked to design clothes for Michael Jackson for his show in Munich, Germany as well as some outfits for Jackson’s kids. After this, he also had designed the wedding clothes for the Princess of Riyadh.

Manish Malhotra’s has clients for his bridal couture that come from the High Net-worth households in India as well as the International princesses. The brand has a digital presence that isn’t likely going to stop. The label has an online store and a strong presence in social media. The younger generation has been following Manish Malhotra very closes and almost every girl has a dream to wear Manish Malhotra dress for their wedding.

1. Won his first Filmfare Award for costume designing in the year 1995 for the Bollywood film, ‘Rangeela’

2. Won the Masala Awards for the title of International Asian Designer of the year in the year 2010.

Manish Malhotra is the star designer for so many leading celebrities in the Bollywood Industry. He has won a place in the industry through his unique collections. His designs are innovative and he not only designs the outfits for women but also for the male actors.

The designer is sometimes known as the Fashion Guru, who is leading the fashion industry alongside other famous Indian Fashion designers. His label has become a global brand and his garments are widely bought in the International markets as well.

Manish Malhotra’s designs are made of a blend of rich textures such as satin, Georgette, silk and chiffon and many such fabrics that add to his innovative collection. His collections, whether it is an Indian look or a western look, will never be just plain or simple. His designs will have Intricately embedded sequins, Swarovski, pearls, tassels, and crystals, that add to the glamour of the outfits. His talent is always appreciated in the fashion industry. In his traditional garments, he likes to play with colours and different shades. On the other hand, his western garments always show a hint of modernism with creativity and elegance.

His influence in the film industry has grown over the years and his work has been showcased in more than 100 successful Bollywood movies. Even his work has evolved with time and his ability to work with any type of fabric. Apart from designing the costumes for Bollywood, he also became a wedding outfit designer for many celebrities as well as the rich class people. His designs are rightfully showcased on fashion shows as well as talk shows where he fashions secrets and styling tips are shared along with the discussions about fashion.

He always encourages women to wear sarees on special occasions and his traditional ethnic collection of sarees, lehenga cholis, and salwar suits add glamour to the look. His bridal wears are the show stoppers of the evenings. His outfits can go with all kinds of occasions be it weddings or semi-formal occasions because of the multi-purpose artwork in his designs.

His collections can be worn during any season of the year due to its suitability in any climatic conditions. All of his works contain an Indian Element in it. This ethnic look of his garments has been cheered across the world. Manish Malhotra’s label is widely known for its wedding outfit designs. Although his career started with designing the costumes for the Bollywood industry gradually he ventured into the wedding sphere and became a hit in the wedding outfit industry. He has a lot of knowledge and the skills using which he designs precious wedding outfits are are a dream of most girls to wear.