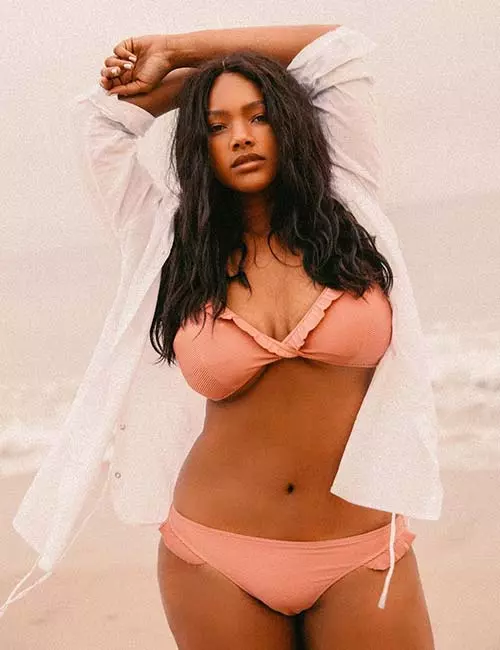 10 Most Popular Plus-size Models in the world

The Plus size is always looked upon as a size that does not fall into the society’s understanding of a body type.

For women, the struggle to fit into the standards of the society of being ‘perfect’ and in a skinny flawless shape is never-ending. But fortunately, there are some women who are breaking these stereotypes just by simply embracing their beautiful bodies and redefining the standards of beauty.

They are showing us how they celebrate and embrace their bodies exactly how they are. While being thin is still what the most desirable type of body is but the plus-size fashion is increasingly becoming popular.

We should be able to see beauty for what it is and not what it should be. So, we are here to talk about a few women who are winning in life and embracing their plus-size bodies.

Here is a list of the Top 10 Famous Plus-Size Models In The World:

Ashley Graham is a supermodel who has the first plus-size model that got to star on the Sports Illustrated cover and she did it with such a grace that she got three more covers right after that. She has been associated with Vogue, British Vogue, Cosmopolitan, and several other big names.

Ashley Graham has continued to redefine the way a woman’s body should be looked at. She is a body image activist who participates in positive body movements and has definitely gained a lot of popularity. She has also featured in the ‘30 Under 30’ list by Vogue and also made it to the list of the ‘25 Most Intriguing People’ in the year 2016.

Ashley Graham went ahead and wrote a book titled ‘What Confidence, Beauty, And Power Really Look Like’. She is an inspiration to millions of girls who are struggling with body issues.

Jessica Leahy is an Australian supermodel who debuted at the New York Fashion Week.  She never had the dream of modeling but she is one of those women who were extremely comfortable in their beautiful bodies. She believes that there should be genuine and good conversations about all body types and positivity. She wants all women to be unapologetic and extremely comfortable in their bodies.

Precious Victoria Lee has an amazing story to tell us. Her off-beat name and the way she rocks her body type and her ethnicity is nothing mainstream about it. Precious Lee is famous for her curves and breaking any barriers. After Ashley Graham, she is the second woman to be on the cover of Sports Illustrated when they started to be more embracing towards the plus-size models. She had cut her hair short some years ago back even though her agents had advised her not to do it.

Chloe Marshall is an English supermodel who won the Miss Surrey title in the year 2008. She is the first plus-size model who made it to the Miss England finals. This gave her a lot of confidence and the idea of plus size a lot of favor as well. As a result, a lot of opportunities had opened up for her modeling career.

She also wants to propagate the message that you do not need to be thin and tall to be considered as beautiful and strong. Later on, Chloe had moved to New York and took up several modeling assignments and a lot of campaigns for Project Runway, Macy’s, and Torrid (a brand that makes plus-sized clothing)

Danika Brysha had to fight a battle of having a bad relationship with food, losing all the weight and then gaining back all of it. Danika Brysha is a model who has faced all of her problems upfront and has been working with them ever since. She started her own brand called the ‘Model Meals’, which delivers healthy food. She preaches and promotes being healthy but also loving who you are. Her modeling career started when she least expected it and she signed several assignments for Forever 21, Kohl’s, and many more clothing brands. Danika is ranked as one of the highest-paid models after Gigi Hadid, Miranda Kerr, etc.

Lexi is the mother of a 3-year-old. She wants to break all the rules and barriers that tell us how we are supposed to look. She had struggled a lot with issues such as weight, food, and trying to get healthy. Lexi Placourakis is a supermodel now and an entrepreneur who has become an inspiration to many. Lexi’s mother was Miss Hawaii USA who then pursued her career in modeling in Japan, but she is nothing like her mother. She has an unconventional body type and a mindset that is not easily seen but that’s what got her to become a successful plus-size model.

Tabria is a plus-size model who truly believes that a big and curvy woman looks just as sexy as the regular models. She comes from Nashville, Tennessee, where she had left behind a good 9 to 5 job to make her career in plus-size modeling when a modeling agency had approached her. She had to work as a maid in Los Angeles for some time to make a little money but that has made her even more strong. Now she has been featured on the cover of Sports Illustrated magazine and she even hosted a podcast ‘The Thick’. She has become an inspiration to many women by breaking all the barriers one at a time.

Anita Marshall is another plus-size model who had been through so much pain and struggles when it came to her body and weight. She wanted to become a model and had gone through a lot of struggle but she persisted and proved herself in the end. She gained popularity from her Instagram post and found her way to the fashion industry. Anita had been a makeup artist from Boston who then went on to make it big in the industry.

Fluvia Lacerda is a beautiful Brazilian plus-size model. She is the first plus-size model who got to feature on the cover of Playboy, Brazil. She was discovered by a magazine editor in a bus in Manhattan, New York and ever since she has modeled for some of the biggest plus size brands.

Candice Huffine has been a leading plus-size model and has been a part of this industry for more than a decade now. Other than being a supermodel, she has been an inspiration to several people who run marathons and make women appreciate their bodies as they are and make them realist that they do not have to be skinny to be fit. She was the first plus-size model who got to feature on the cover of Elle magazine. She is bringing her own lingerie line to let women celebrate their bodies.

How To Be A Plus-Size Model:

Several top companies in the fashion industry including Sports Illustrated, Vogue, Elle, and other big ones are now embracing plus-size modeling more these days. So it is safe to say that there is a lot of scopes.

But it should be kept in mind that the requirements are a little stringent fir plus-size modeling. But, there are exceptions to these requirements and one should just make their way to success by simply being confident, fit, and taking care of their bodies.

The ideal size Requirements for print media are Sizes 12-14. For the runways, it is considered that 18 is great for plus-size modeling but any other size between 18-22 would also be perfect for runways.

When it comes to the height requirements for plus-size modeling, the height is definitely a crucial parameter. A height ranging from 5’9” to 6” would be perfect for high fashion. But, there are several other requirements for commercial modeling as you need to match their requirement of a body type as well as the face type.

The Body Shape is basically easily recognized. The waist size needs to be 10” lesser than your hip size.

It can get really tough to look at yourself and not like anything about your body but in this day and age, women are embracing their bodies just as they are and breaking all the beauty standards and setting new ones. The rise in the popularity of plus-size modeling can help women feel more confident in their bodies.

Sonam Kapoor, Bhumi Pednekar and Taapsee Pannu Disappoint the Fashion Connoisseurs this week
Types of Bra every Women should know about