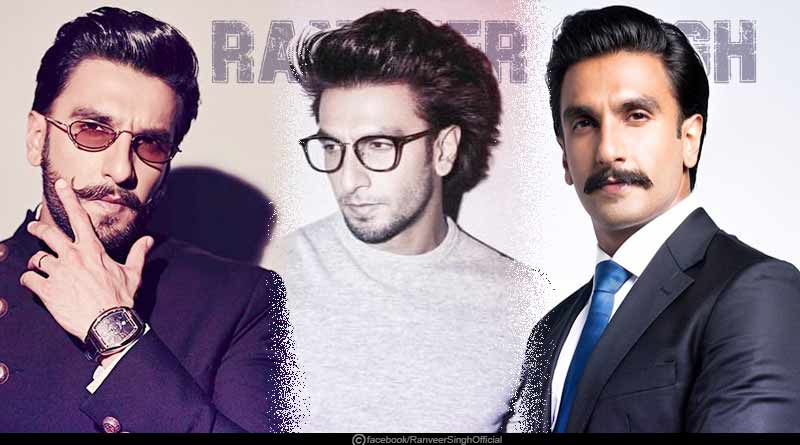 Interesting facts you may not know about Ranveer Singh

Here are some of the interesting facts to know about the Bollywood actor Ranveer Singh Biography.

Ranveer Singh was born on July 6, 1985. He is an Indian Bollywood Actor. His full name is Ranveer Singh Bhawnani. The actor has received several awards three of which are Filmfare Awards. One for Band Baja Barat, Bajirao Mastani and Padmavat. Ranveer Singh is one of the highest-paid actors in India. He has also featured in the Forbes India’s list of Celebrity 100 since the year of 2012.

Ranveer Singh completed his degree of Bachelor of Arts from Indiana University in Bloomington, USA. He had chosen theatre as a subject there.

The Bollywood superstar had removed Bhawnani from his surname because his name was too long and he felt that he will not have important in the film industry as a brand. Another interesting fact about his life is that he is the cousin of Sonam Kapoor and before marriage; Sonam Kapoor also had Bhavnani in her surname.  Ranveer Singh is the son of the aunt of Sonam Kapoor.

Members of his family include his father Jagjeet Singh Bhawnani, Mother Anju Bhawnani and his elder sister Ritika Bhawnani. Ranveer is close to his sister and on Raksha Bandhan every year, he touches her feet after the Rakhi ceremony.   Ranveer wears his rakhi for many days.

Ranveer Singh’s father is the best Real Estate Businessman in Bandra, Mumbai. His mother takes care of the whole family and he proudly calls himself a Mother’s boy.

It may not have been a much-known fact that Ranveer Singh had worked as a copywriter in an advertising agency before becoming an actor.

Talking about Ranveer Singh’s diet, depending on his role in a particular film, his calorie intake as well as food items increase or decrease. He takes different diet plans for different films. His diet mostly consists of eggs, salt, and pepper. Other than this, he eats fruits and nuts in good quantities. Bananas and watermelons that lead to weight gain are not to be included in his diet. Singh does not take high carbs and to maintain his fitness levels, he consumes more percentage of proteins and low carb foods. He doesn’t have rice, roti, bread, noodles or pasta. Ranveer Singh thinks that if butter is used in the right amounts then all food dishes look tasty.

Ranveer has an ‘endomorph’ body type hence it makes it very fast. Although, weight loss is still difficult. Ranveer had a beach body kind of look for his debut film “Band Baja Barat”. It had taken him around 3months to get the look.

All fitness enthusiasts have a weak point when it comes to food and Ranveer Singh’s weak point is Chocolates and other sweet foods. He usually eats sweets after lunch or dinner. But whenever he has to prepare his body for a role and make proper diet changes, his mother takes care that he doesn’t have sweet foods.

Surprisingly, Ranveer Singh had been fat in his childhood but when he turned 16, he had started to weight himself to lose weight. His way to fitness is by getting the right foods, a good amount of sleep and a regular workout.

He says that having a fit body is one of the main reasons for his self-confidence. His role models are Salman Khan, Hrithik Roshan and Akshay Kumar.

Ranveer’s great specialty is that he only drinks alcohol once or twice every year and he exercises every day for two hours approx.

Ranveer has always been fond of dancing and action. Since childhood days, when his grandmother had asked him to entertain her at a birthday party, he has jumped into the lawn of the house and danced for hours.

He married his co-star and the love of his life, Deepika Padukone last year. The pair had married in Konkani Hindu and Sikh Anand Karaj ways in the beautiful Lake Como in Italy. He has been ranked as the fifth highest-paid actors in India. This year, he has also launched his own record label IncInk to promote the local musicians. The actor has worked too hard and is an established actor who also endorses many brands such as Adidas, Head & Shoulders, Thums up, Makemytrip and many more.