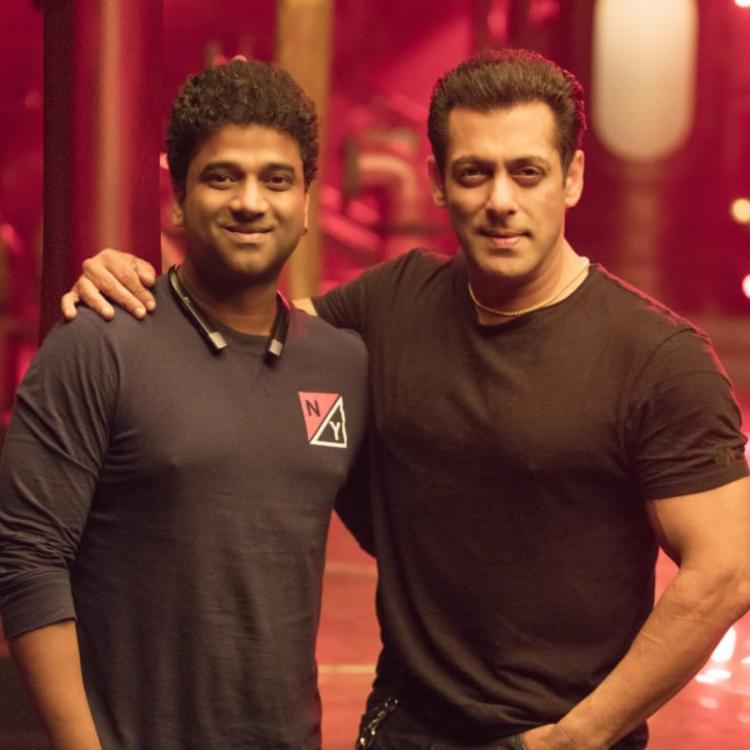 After “Dhinka Chika” in Ready, Salman Khan and Music Composer Rockstar DSP met on “Seeti Maar” in Radhe – Your Most Wanted Bhai.

Celebrated songwriter, singer and performer Devi Sri Prasad, better known as Rockstar DSP, is set to give Bollywood another hit with Salman Khan’s most anticipated film, Radhe,according to News.

Since the Radhe trailer was released, “Seeti Maar” has been the highlight. DSP, who previously created the Chartbuster song “Dhinka Chika” for Salman Khan Starrer Ready , will meet him again and is sure that the song “Seeti Maar” will also be loved by all.
Speaking of his meeting with the Actor, DSP shared: “It is always a pleasure to create music for Salman. He has always been someone who appreciates my work”.When Prabhu Deva and Salman Khan personally asked him to recreate ‘Seeti Maar’ for Radhe, he was more happy according to latest news.

DSP always wanted to recreate the song in Hindi. The composer feels that the song fits the movie better. He adds: “I rewrote the entire song to fit Salman’s image while preserving his spirit. Give me a call and share your notes on how great the song sounds. We hope the audience enjoys this number as much as we have fun doing it. It’s a funny song that will make you feel to groove. “

DSP has provided the Indian music industry with some of the most successful works such as Ringa Ringa, AaAante Amalapuram, Daddy Mummy, etc.
The song, Seeti Maar, is composed by DSP and was composed by Shabbir Ahmed while Kamal Khan and Lulia Vantur sang it. The song will be released on April 26, Monday.