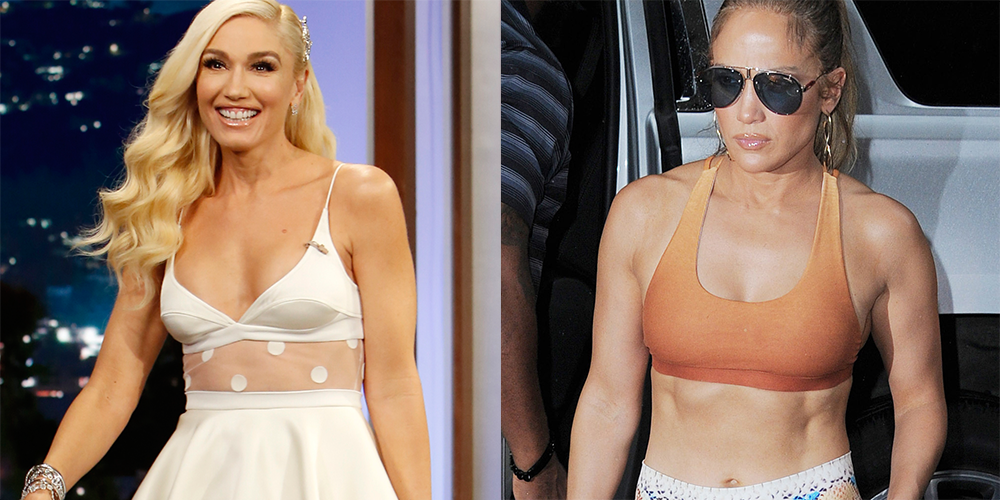 Stay in shape with these 10 celebs workouts

Celebrities often leave us awe-struck looking at their talents. Whether it’s entertainment or just showing off on Instagram, we know these stars are rocking in their respective niche,
Here’s how 15 of your favourite celebs workouts to stay in shape — from kickboxing to yoga and everything in between. Also, follow this one
https://glammpop.com/tips-for-those-who-are-staying-fit-during-pregnancy/
1.Kendall Jenner

The model and reality TV star knows how to creatively fit in a workout when she can’t make it to her favourite boxing class.
But many people would also be surprised by how strong she is. In an interview with US Weekly, Peterson said Jenner is a master of full-body exercises like the squat, dead-lift, and pull-up.

The Hadid family shows off some great genes, but they likely don’t share the same workout schedule. At least, Bella Hadid prefers to work out alone with her trainer in New York.

Pippa Middleton’s butt was a sultry topic of conversation after her sister Kate Middleton’s wedding to Prince William. Middleton’s recipe for workout success is a combination of cardio exercises like running and cycling with weight training and pilates. According to sources, Middleton has an impressive race resume which includes competitions during her fit honeymoon.

The Obamas have always encouraged living a healthy lifestyle, even while in the White House. During his presidency, former President Barack Obama would box to relieve stress and get in a good sweat session. According to Cornell McClellan, the couples’ trainer, sometimes Michelle would join in as well.Now that they are out of the White House, Michelle likes to do more classes like SoulCycle and Barack enjoys playing sports, running, and resistance training too.
5.Emilia Clarke

The mother of dragons stays in such great shape from her trainer James Duigan. The key to a sustainable workout regimen or diet is one that works for your lifestyle. For Clarke, that means working around lots of travelling and a packed schedule. That’s why Duigan hasher pack resistance bands no matter where she travels.

6.Michael B. Jordan has an intense weight lifting routine.

Jordan worked out hard for his role in “Creed” but nothing compared to the training he did for his most recent film “Black Panther.” Jordan’s trainer Corey Calliet helped him put on 15 pounds of muscle with weight lifting workouts six days a week.

7.Miley Cyrus does yoga and pilates.

The singer, songwriter, and actress could also add yogi to her list of titles. Cyrus has been practising yoga for at least two years but has recently been stepping all things health up to a notch. (Including a switch to veganism in 2014 and stepping away from drugs and alcohol in 2017.)
Cyrus also implements pilates and hiking into her routine. Although it sounds like an overall chill approach, one INSIDER reporter found keeping up with Cyrus’ strict workout and eating regimen challenging.

8.Beyoncé likes to switch her workouts up — but she always gives 100%.

Although we may not know who allegedly bit Beyoncé, we do know that the singer and actress don’t play games when it comes to working out — unless you count running around on the playground with Blue Ivy.
The 36-year-old does lots of aerobic training and weight training to create an hourglass shape. Since having her twins, she has also taken a liking to SoulCycle, according to E!News. Her former trainer Mark Jenkins previously told INSIDER that she has a “no quit” and a focused attitude.

9.Blake Lively swims lift weights and takes rest days when she needs them.

Lively is known for implementing tons of different workouts into her routine, usually based on her film roles. For example, she swam during prep for her role in “The Shallows,” Well + Good reported.
Now, her trainer has helped the actress lose 60 pounds after her second pregnancy mostly with weight training. One INSIDER reporter gave her new workout a go and found it doable.

Jon Snow may not know anything, but Kit Harington knows how to have a killer workout. The 31-year-old actor, and beloved ” Game of Thrones,” star has celebrity trainer and author of ” The Feelgood Plan,” Dalton Wong to help him.
Dalton told Men’s Journal that Harrington utilizes a lot of full-body movements in his workouts focusing mainly on the back, legs, and glutes.
“We were doing a lot of full-body movements, rather than the typical isolation exercises,” Wong said. “Lots of cable routines that would allow his body a fuller range of movement, because he would have to take that sword around the head.”

10 Wardrobe essentials for a perfect getaway
Do you know about the waxing methods that are almost pain-free?