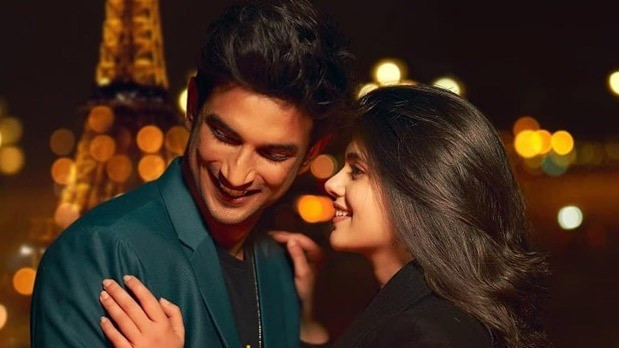 Dil Bechara News: Did you know that Sushant Singh Rajput’s voice in the climax scene was dubbed after his demise?

As per news sources Sushant Singh Rajput voice was dubbed in his last film, Dil Bechara ,after his untimely death. With some parts of the dubbing remaining, a dubbing artist got organized at the last minute and then provided his voice to the character.

Actor Sushant Singh Rajput passed away on June 14, 2020 that created lots of News headlines. After his untimely death, his latest movie Dil Bechara has been released on the OTT platform leaving everyone in the fog. But did you know that his voice is dubbed in his latest movie, Dil Bechara? With some parts of the dubbing remaining, a dubbing artist got organized at the last minute, then provided his voice to the character; And that artist is Ishq FM`s RJ Aditya. RJ recently spoke where he revealed Sushant’s dubbing process and how he got the chance after tons of auditions.

RJ Aditya said: “I think it all started after Sushant’s truly shocking and unfortunate death. No one could have thought this would happen. I think after that, there was some audio work for the film that Sushant couldn’t do. The Dil Bechara production team was analyzing it. About people and many voice actors have tried to do this for them, but I don’t think they found any when someone from Mukesh Chhabra’s office contacted me and asked me to test Sushant’s voice. He sent me an MS Dhoni soundtrack that I was supposed to test. Well, it took a while because I had never tried Sushant’s voice before even though I had made many other voices. So this was the first time I did the voice of him. But once I submitted my proof, I got a call from Mukesh’s office, Chhabra reports that Mukesh wants to talk to me. “

Speaking of the preparations, Aditya said that it took another two days to prepare for the voice of Sushant, as it was not only about imitating the character, but also about understanding the feelings of the character well.
RJ Aditya even shared a post on his Instagram where he told how the OTT platform mentioned his name in the “Special Thanks” category. In addition to the screenshot, he even attached the test audio clip that was from MS Dhoni.