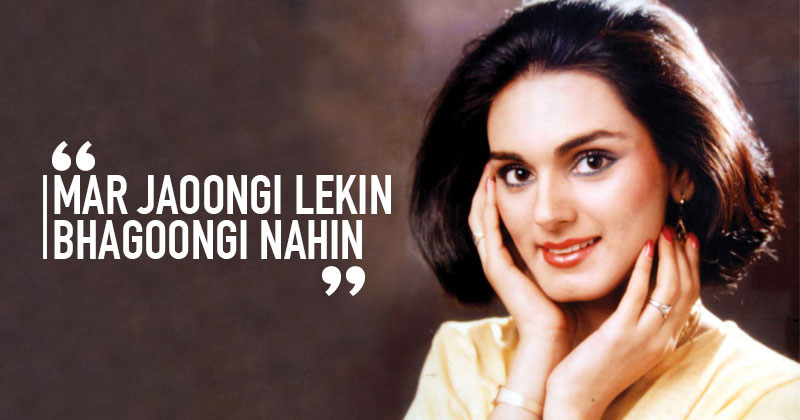 We live in a society which is male-dominated. Still, now women have to fight for their powers and status with the men. Growing up as women often faces lots of challenges to do something daring or to achieve the dream. But amidst the hard times and situation, women have always won a powerful place. They had won the fight of independence; they had served the country and even helped the society one way or other. Here is a list of such 20 inspiring ladies who encourages us always. They showed their bravery and their stories had encouraged us always.

She is handling the entire task of Facebook India on her strong shoulders. As we all know that Facebook is the largest social network site which is having 800 million active users. Reddy has been carrying the task with lots of abilities, bringing successful growth to one million people per month.

She aims to maximize the arrangements and lead programmes that would involve mentoring the women leaders in India through Facebook.

When the entertainment industry was known to be dominated by the male directors and producers, Ekta Kapoor made her position among them. She has her own production house Balaji telefilm which she handled very well which good amount of business. From daily soaps of saas-bahu stories to movies like once upon a time in Mumbai and dirty picture, she created a prominent footstep.

When age has no bars, she is ready to take the next big step in the IT service. Under her, Pearson has been managing 27schools all over India.

Well, she has admitted that the support of her husband has always been encouraging and helpful.

There is another designation that she holds other than just being a social worker- she was the first female police officer of the country. Bedi is well known for her steps and action against the Corruption and justice for the people.

Have you looked for women member in the stock exchange? Well, very rare!!! And Chitra has been working with all her mostly male colleagues to build up the national Stock exchange.

She was the first woman who was in full-term secretary in Indian history. Not only was that, but she had also been the first female spokesperson of the Ministry of External Affairs.

She is well known as the “iron lady of Manipur.” She protested against the killing of innocent civilians and was on hunger strike since 2nd November 2000.

Not only in the 21st era, but women used to rule an entire empire in the history too. Razia was considered the expert Delhi sultanate and was also the last Monarch.

She is the first women who got the degree of medicine in 1886 and also the first Hindu women who stepped in America.

Though very few of us know about her, she was one of the lead protestors of the fight against Coca-Cola Company affecting the nature. It had been polluting the local areas too. She was such a strong protestor that the plant was shut down in 2004.

Well known as the Missile women, she was the head scientist to lead the team of the Missile project in India. She was the first women who were involved in such a task.

She saved herself from the most hate crime “Rape” and is involved in saving and rescuing girls from trafficking or sex victimized. She is a real life hero who has been saving the lives of so many girls.

She was 73 and can you imagine she joined the Indian Independence Movement. She fought against so many challenges of the society and dedicated herself to saving the respect of her Motherland.

At last, she was shot dead by the British Police.

Guess what her specialty was??? She was well known for her mental mathematics and had the Guinness book of world record too. She was very quick in solving large mental maths. Additionally, she wrote a book on Homosexuality in India.

She was the well known and professional spy who supported the Indian Independence movement. She had also helped Bhagat Singh to escape from the grip of the British police officer.

She was an environmentalist and become so by planting 384 banyan tree along the stretch of a highway. She and her husband are done the hardworking of watering them and nurturing them too.

Five-time world Amateur Boxing Champion, Mary Kom is also known as ‘Magnificient Mary’ Also she is the first Indian women who won the gold medal in the Asian games 2014.

She was the first lady teacher in the country. Being a teacher, she first established the women school in India, encouraging more Indian women to be literate and also get the right education.

She was the very first women who flew an aircraft. She did so to get the license of the Aviation pilot license and that too at the age of 21.

Remember the movie Neerja? Yes, it was on her lie where she dies only to save the passengers of the boarding airplane which was hijacked by the terrorists. At that time she was just 22 years old.

Well, here are the brief stories of Indian women of the various time. They have got success in the diverse field but done those tasks after overcoming the challenges of society. Hats Off of these ladies!!!