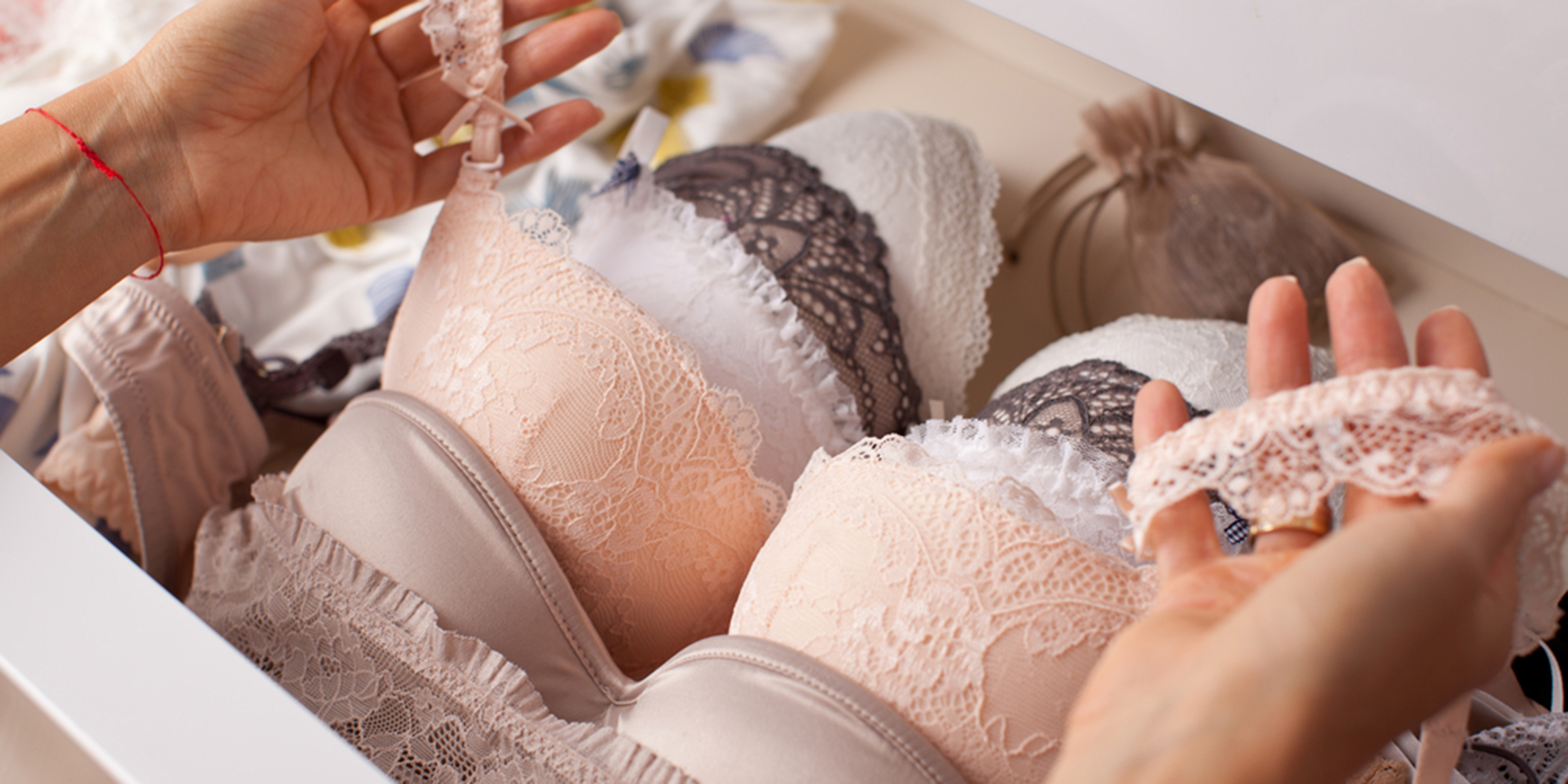 Types of Bra every Women should know about

Did you know about a fact that almost 64% of the women are wearing the wrong bra and wrong bra number?

Understanding the right size is quite an important thing and matching it with the body type is another important aspect.

Let us see the bra types by their type, name and when to wear them for the best fittings.

A T-Shirt Bra is quite similar to the padded bra but not the same. It is worn under the T-shirt for the smooth and minimizes effects. It works best with the fitted outfit with a smooth and clean silhouette. It is best suited for everyday wear and can be worn under the T-Shirt, Body-hugging, and sleek dresses.

It is usually for women who have a smaller bust and wanted to have the fuller looks. It also gives the fuller coverage overall. Sometimes women avoid wearing it as it gives a look of huge burst, the problem might be while choosing the correct size and design. Padded bras are available as underwire and non-wired styles. Underwire padded bra gives a very gentle lift and should be used on occasions or special meetings while the non-padded can be used in everyday use. Some women’s loved it because of its smooth and soft texture. It makes them feel very comfortable due to its super-soft touch. It is one of the best ones to be worn during the winter season. It is good to go with deep-neck dresses, tops, and suits. Also, the demi bra is a suitable fit for those women who have petite frames, smaller bust or both. It can be worn every day and with every outfit.

A push-up bra lifts the breast and pushes them closer while giving a very prominent cleavage. It is basically for adding lift and volume to the breast so that they can give a look of being symmetric, fuller, and also closer. It is in simple words for those women who have a smaller bust and wanted to have a fuller and symmetric look. Push-up bras usually have underwire cups for a gentle lift. It has angular padding that drastically changes the shape and the looks of the burst. These are available in every size from A to E, and also comes in various designs as well. Most of the push-up bras are wired, as sometimes underwire pinch the skin or can cause irritation. This type of bra is usually for the smaller and saggy burst type.

Usually worn during any special occasion or parties. It is usually a good fit for the deep neck dress and plunge neck outfits. It is a good fit for those who have small and saggy breasts and also for semi-full breasts.

This type of bras is perfect for those who are looking for a bra that provides superior support. These bra’s have wire under the cups so as to prevent and protect the sagging of the breast and offers alluring shape. The best quality underwire bras have a good quality of wires used into the bra’s, which makes them a daily wearable bra’s. It is best for large breasts, can be worn on any occasion, good quality ones can be worn daily.

This type of bras is the multi-purpose bra. It comes with the detachable straps, it also allows multiway styling such as one strap, two-strap, backless, etc. it also comes in a lot of shapes, sizes and designs and colors to choose from. Best worn with the tank tops, racerback dresses.

Bralette is a fusion of bra and crop tops. They are easy to wear a bra which is usually non-padded and non-wired and also has a slip-on style to be offered. It can be worn as both underwear and outerwear. It is considered as a bra but it can be considered as a bra but can be made with minimum efforts. It is easy to wear and a lot of good to show on the beach and hot weather places.

It is specially made for the new mothers as it provides an ease to them to feed their newborns with ease. It designed especially for providing the new mother’s extra care and comfort during the feeding also some of them are crafted in such a manner where the cups flap can be easily removable.

These are also known as “maternity bra’s” or “nursing bra’s”.

These are crafted with the breathable cotton fabric and are non-padded and also non-wired to keep the mother irritation-free and comfort at their ease.

It is one of the most common bra types which is used by many sports players and also by women who do regular yoga, gym and other types of fitness training.

It provides a very coverage of the bust are not only just from the front but also from the backside as well. It also is made up of soft and comfortable fabrics that can easily soak the access sweating during the intense workout training.

It is designed in such a manner to provide full support to the breast during the workouts.

Logline Bra is for both style and comfort in a same package.

It provides extended coverage from below the bust to a few inches above the belly button. It serves dual-purposes as it helps in shaping the waist as well. With the extra-band along the bra it gives the sexy and bold and sleek looks. It is used as a bridal bra as well due to its design and looks it imparts.

It is comfortable and gives the perfect shape like a bra and also as a slip helps to be worn undercoat, blazer directly.